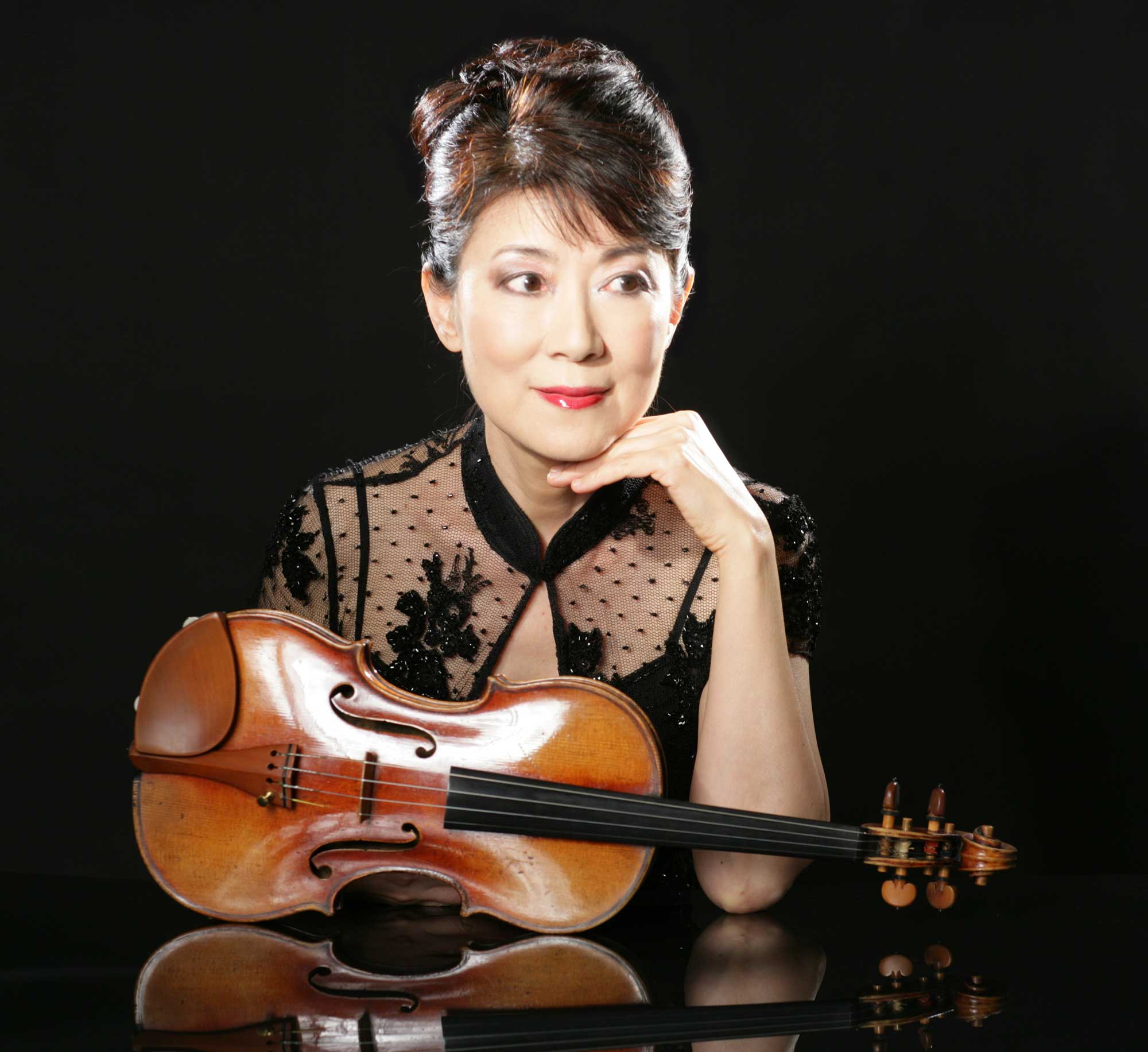 “Superior performance” “Rhapsodic and delicate coloration” – as The New York Times critic praised, violinist Junko Ohtsu has captivated listeners around the world with deep insight and intensity of her music making. After making her critically acclaimed New York debut at the invitation of Jeunesses Musicales International and the Carnegie Hall Corporation, Ms. Ohtsu has been featured as a soloist with the St. Louis Symphony, the Aspen Music Festival Orchestra, the Simon Bolivar National Orchestra of Venezuela and others, and in solo recitals throughout the United States, Asia and Europe. As an artist selected by the Japan Foundation, she has toured Central Latin America, Russia, the Czech Republic, the Philippines, Vietnam and Australia under the auspices of the Japanese Government to promote cultural exchange. Most recently, she has performed at the Marchesi Ginori Lisci’s palace in Florence, Italy. She has been invited multiple times by Norton Museum of Art in West Palm Beach, FL, to produce and perform for their chamber music program in conjunction with their special art exhibitions.

Ms. Ohtsu was a recipient of two consecutive John D. Rockefeller 3rd grants and awarded a special grant by the Flagler-Matthews Foundation for being the outstanding young artist of the year. Her numerous media appearances include “The Artistry of Junko Ohtsu” on National Public Television, which was broadcast over 40 cities in the United States, and on Asahi Television’s “CNN Daywatch” program in Tokyo. Her highly acclaimed compact disc “Belle Epoque” under Japan’s Fontec label was followed by four more albums. Her ensemble, Ecco Trio (piano trio)’s CD “America” was selected by music critics of a leading Japanese publication as one of the most recommended recordings. Currently, she is active as producer and director of chamber music concert series in her native country, Japan. “Junko’s Heart-to-Heart Concert” which celebrated its 10th anniversary in 2015 and the 24th concert of the series held in 2017 was presented with the support of the Royal Danish Embassy to celebrate 150 years of Japan-Denmark diplomatic relationship. She also produces an educational program “Junko’s music mini Caravan” to deliver joy of music to young people.

The DVD “Ai no Kaze: Wind from Northeast” released in 2011, arrangements of Japanese traditional folk tunes from northeastern part of Japan, has received sensational applause for her new and fresh approach for Japanese traditional music. All of the DVD’s proceeds are to be contributed to aid victims of the Great East Japan Earthquake that devasted northern part of the country in March, 2011. In 2014 and 2016, She performed for the charity concerts in Portland, Oregon presented by From Portland with Love Inc. to benefit the recovery effort of the victims in Fukushima area by the earthquake. Her performance was on the TV news worldwide covered by NHK Broadcast Company, Japan’s largest network. “Ai no Kaze” project can be seen at https://youtube.com/playlist?list=PL8hrjZ8-x5s1FpRvW0bI_7nYYmYsTc4xY

In recent years, she has enjoyed a new dimension in her career as writer and lecturer in Japan. She is a graduate of the Juilliard School and the Tokyo National University of Fine Arts and Music. (http://www.junko002.com/)